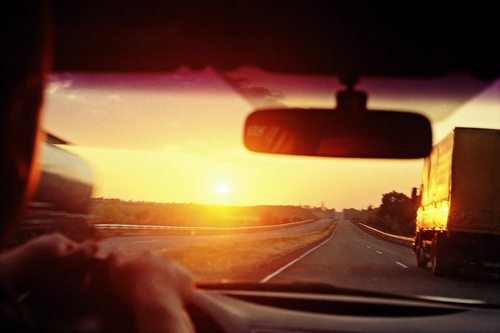 I hesitate saying, “We’ve all done it.” But I imagine many have found themselves cryving at one time or another. The past eight months the car has been my therapist’s office because of the release I’ve been able to have when in it by myself (and even at times when not by myself but hidden from those around me).I sometimes fear I am DUIT–driving under the influence of tears–but they haven’t made a law against it, yet. They’ve recently made one in WA about DUIE, the last word being “electronics.” Maybe if the E were “emotions,” I’d be guilty (no, not rage, but sadness). Whether it’s a song, a random thought, a sight, a stillness, or something else, for some reason it is in the car where the floodgates open in a way that is as unprepared as the Oroville Dam was here in CA last year.

Crying. Driving. Crying and driving. Cryving. Somehow, driving has been one of the most cleansing places where my tears have found a way out of their shell. Occasionally they’ll leak elsewhere, but for some reason,

There’s something about operating a multi-ton vehicle at high speeds that squeezes the full sponge of what has been emotionally built up inside me.

My first “big cry” after Brian died was probably 40 hours after I touched down in Seattle. I needed to go to the pharmacy to get medicine–I hadn’t packed enough because I didn’t think I’d be in town as long as I would end up staying. I parked the car and recalled a song I heard while flying up to Seattle that horrific evening. So here I was parked outside of a Walgreens with only one parking space empty between the nearest car and the one I was driving. I played the song Souvenirs on my phone, and I cried. And cried. And cried. Then played it again. And cried. And again. And cried. I don’t even know how many times. But the entire time I did so while in the driver’s seat of this car.

Is it the illusion that with a steering wheel in front of us that we are somehow in control?

Is it the fact that we are alone yet others are around us that makes us oddly comforted by a false sense of community (a.k.a. traffic)? Maybe because we are alone but able to be seen somehow to let the world know we hurt that we are more willing to be vulnerable. I have no idea. All I know is that I do it. It may not be safe, I know. But it’s healthy; at least it feels like it is.

What about you? Have you ever cryvied? Did it help? Do you know why it released that way and did (or didn’t? What made you? Is this a huge no-no?

Many say that there’s a time and a place for everything. Scripture says there’s a time for laughter and another for tears (Ecclesiastes 3), as well as the fact that those who mourn will be comforted (Matthew 5). That time for tears and comforting place has often been in the car crying, while driving. Also known as: Cryving.